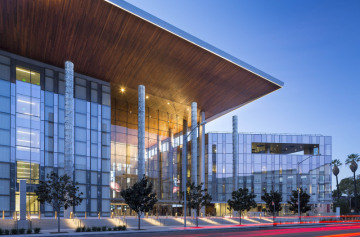 The new courthouse opened in Fall 2013 and provides space for a high volume of criminal, traffic, civil, and family judicial proceedings in the Superior Court of California, County of Los Angeles. Encompassing two city blocks, the project includes 31 courtrooms, with accompanying holding cells, administrative office space, and secure parking. The Project also includes office space which will be used by the County of Los Angeles, additional office space to be made available to commercial tenants, and space for retail tenants.